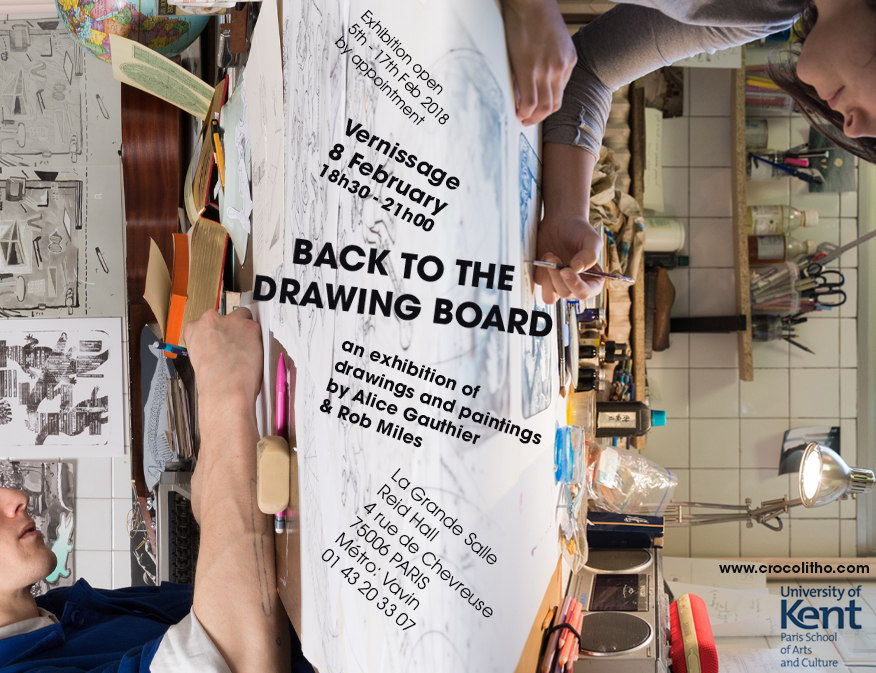 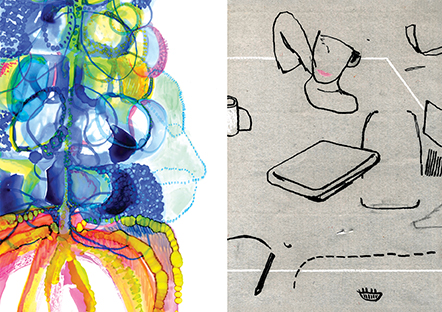 Teacher! There’s Too much To Learn…     Alice Gauthier & Rob Miles

Spring 2017: Some concerts in Paris in the next few months, and hopefully some recordings soon… 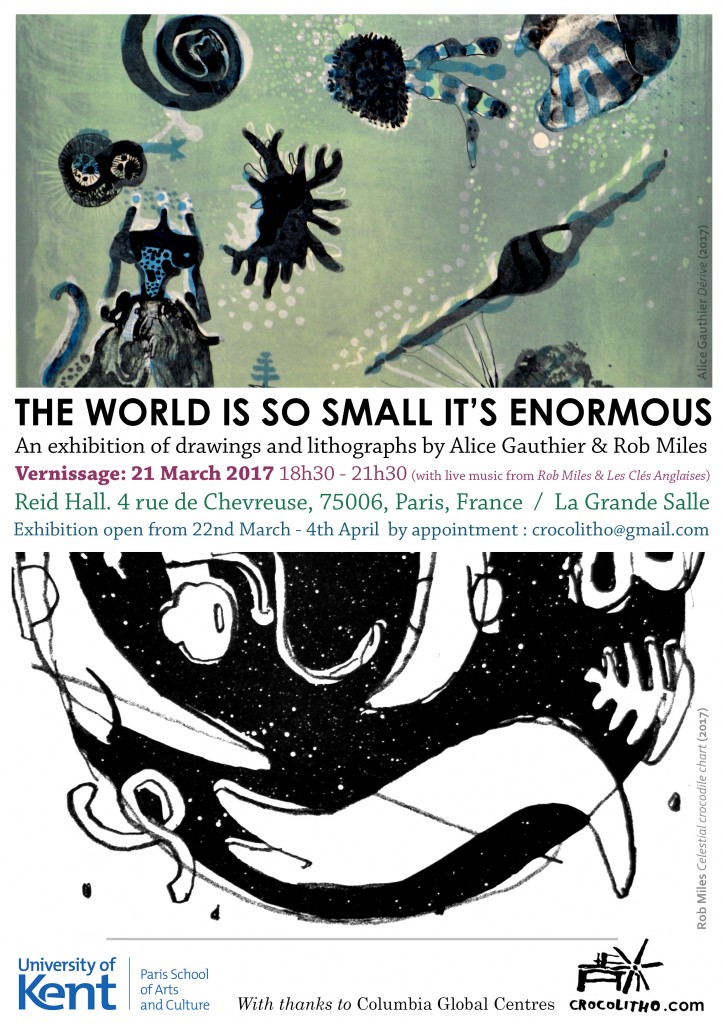 My etching, No More Heroes (2012) – a drawing of Robert Rauschenberg’s Erased De Kooning Drawing (1953) will be on display in London at Marcus Campbell Books opposite Tate Modern, to coincide with the Rauschenberg retrospective. 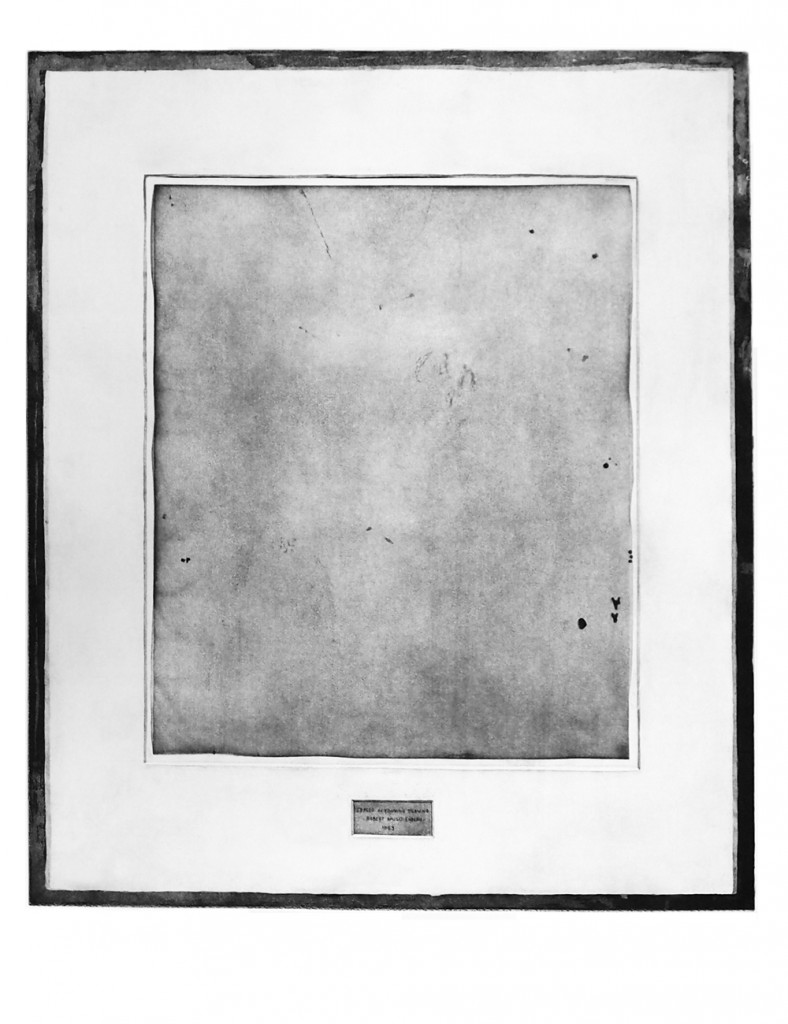 A conversation piece. No More Heroes is a replica of Robert Rauschenberg’s iconoclastic work, Erased De Kooning Drawing (1953). It is a print executed with the copperplate etching process, using wax resist and aquatint (as opposed to any photographic processes), and drawn by hand. I have chosen this medium because it is an expensive, lengthy, and frustrating procedure. I was responding to Rauschenberg’s decision to painstakingly erase a drawing by Willem De Kooning, an artist he admired, thereby questioning the possibilities of creation through destruction, and exploring ideas of authorship and the anxiety of influence. My effort was born from my high regard for Rauschenberg’s work, and my interest in the apparent futilityof going to such lengths to meticulously recreate a ‘nothingness’. I also considered Rauschenberg’s decision to frame the picture, which declares it not just aconceptual piece but also a celebration of incidental marks. I wanted to glorify the physicality of these remnants by etching them into copper, a response which in turn raises questions of the commodification of masterpieces. I have perhaps ended up reversing the intention of Rauschenberg’s act by, in a sense, erasing his erasure.

Roy Marmelstein and I have made a sticker pack for Apple Messenger – I made the drawings, Roy did the technical stuff. Much better than most emoji / sticker packs (in my modest opinion…)  Available here

New press and studio – Read all about it here: crocolitho 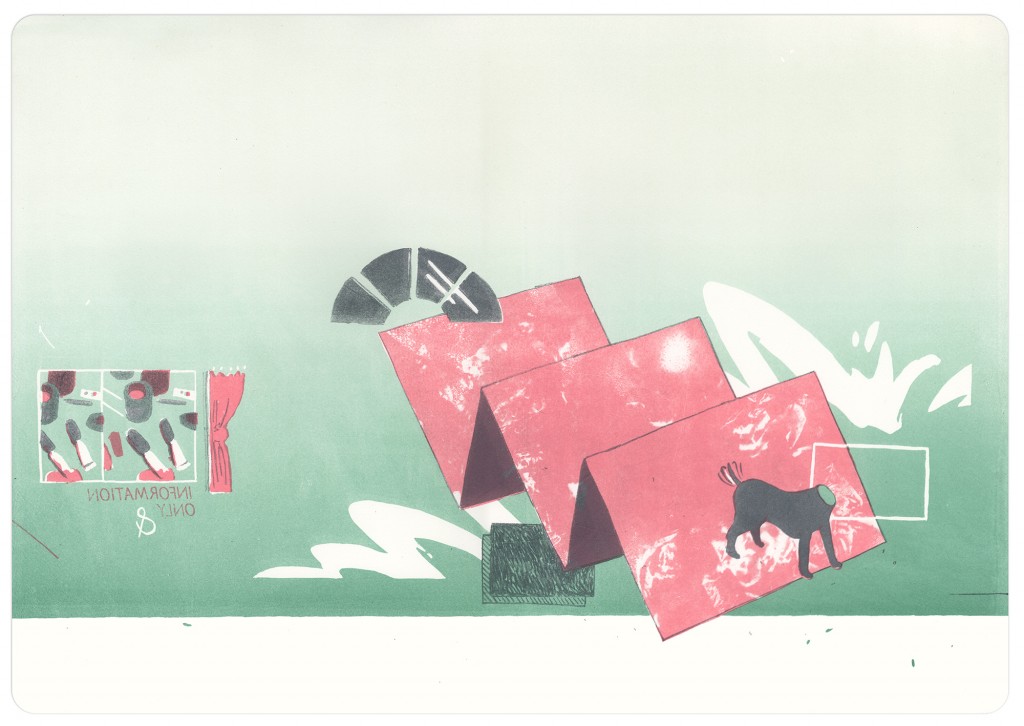 RA SUMMER EXHIBITION – look out for my lithograph, ‘Even we, sometimes, make mistakes (I)’ on display at the Royal Academy in London until 16 August! Available online here

Also on show in London this summer is my self portrait lithograph, ‘If At First’ – as part of the Ruth Borchard collection exhibition at Kings Place 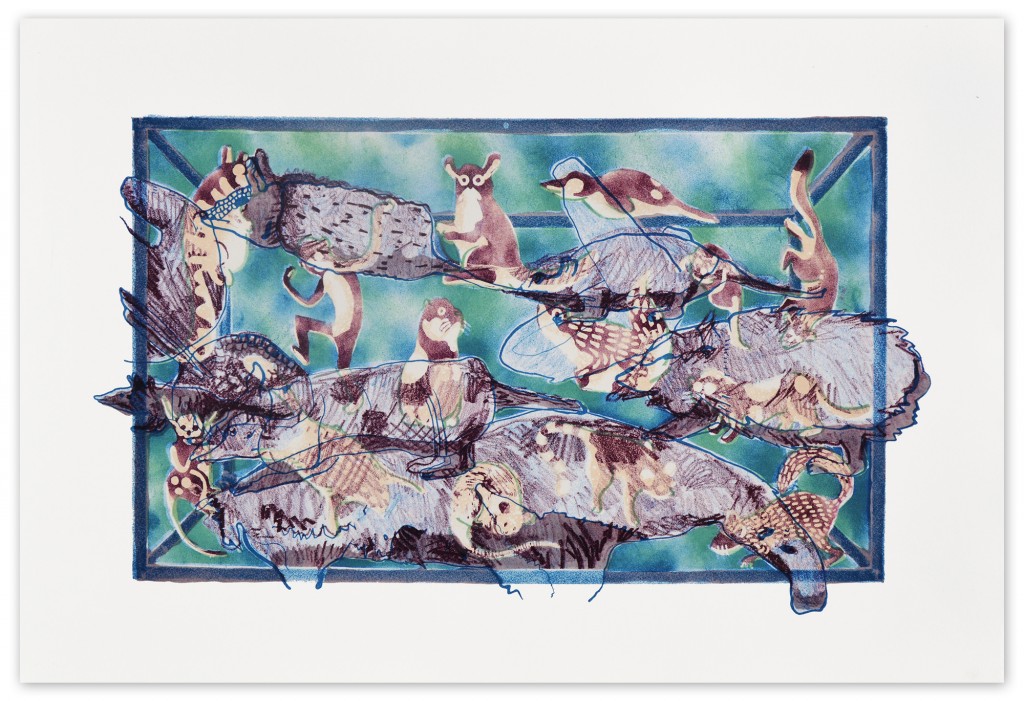 Collaborative lithograph with Alice Gauthier. Made at Seacourt Print Workshop, Northern Ireland, May 2016. Edition of 12. Available for sale: £100. Email me on robertjamesmiles@gmail.com for inquiries.

Also, I made two other new lithographs there, which can be seen in the Art > Print section.

an exhibition of new paintings and prints by Rob Miles

What am I doing out there, pretending to be a visitor from

outer space, looking at my life from a great height…?

There’s a story about a competition between two painters in ancient Greece. The first painter rendered a bunch of grapes so realistically that birds swooped down to eat them. Confidently he turned to the second painter and asked him to draw back the curtain covering his work. Only then did he realize this curtain was in fact the painting, and that he had lost.

This makes me think of the art of Rob Miles, firstly because I am reminded of his relish for the playful character of such everyday objects as grapes and curtains – or in his case, crocodiles and trumpets. But these shared baubles also draw my attention to the drastically different contexts in which they appear. On the one hand, the painters’ competition rests on a confident assumption that what the eye sees can be understood as reality. Their most prized skill is the trompe l’oeil – fooling the eye by summoning a three-dimensional reality from a flat surface.

Miles’ cartoonish glyphs and diagrammatic shapes, by contrast, seem unable to decide what dimensions they exist in. They invite the eye to begin its task of comprehending depth, only to dissolve again into flatness. Meanwhile they are suspended in… what, exactly? Some sort of blue or gray ether, sometimes ruddy, sometimes smooth, a background space that seems to have been activated only to leave its occupants hanging there inconsequentially. It’s like a puzzle whose pieces don’t fit together, just.

But what if we focus in stead on our own position as viewers of the whole ensemble. What we have been given here, it seems, is a multiplicity of partial viewpoints and inconclusive signs. As such, we might think about these tableaux as an attempt to place us outside of a reality that has become too convoluted to comprehend with our senses from within.

Consider again those competing painters, and their assured depictions of a three-dimensional universe. Why does such painting no longer resonate? Not merely, as the standard answer goes, because photography arrived to perform this task better, but more importantly because what we see with the naked eye has been progressively undermined by other ways of seeing the world. Even before photography there had already been microscopic and telescopic lenses. After it came, among other things, film, panoramic techniques, aviation, satellite imagery, and now, of course, the digital revolution with its interfaces (or screens) and endless varieties of computer modeling.

The trompe l’oeil has become a somewhat futile trick, since we’re under no illusion that three dimensions equal reality. Indeed, it’s notable that while these new perspectives seem to give us a better understanding of reality than our senses allow, they generally do so by rendering the three-dimensional world flat – as an aerial view, a photograph, or a slide under a microscope.

This is reminiscent of an idea in theoretical physics (another new perspective) that if there are, as predicted, considerably more than three dimensions of space, then although we cannot perceive those other dimensions, something occupying them might see our three-dimensional world as being trapped on a flat surface, much like we see a film. Hence these additional dimensions are sometimes known as “degrees of freedom.”

Likewise, when we are shown our own world contained by a two-dimensional plane – not in the naturalistic sense of painted grapes, but in the forensic, uncanny manner of the photograph or satellite image – we ourselves achieve new degrees of freedom, entering a powerful and indeterminate imaginative space somewhere beyond three dimensions. We are critically detached from the world as our senses understand it, and some other part of our mind must step in. This is something the audience at the infamous Lumière Brothers film screening in 1895 must have understood, when the approaching train did not, as they feared, burst out of the projection.

As perspectives have multiplied in the modern era, visual representations of the world have tended to take one of two approaches. Either they have emphasized a purely subjective outlook, usually through a unique style, or otherwise they have tried to find some way of representing this fragmented and contingent reality beyond the senses, notionally placing us outside it. They have, in other words, used a flat picture-plane to achieve degrees of freedom that even technology cannot. This visionary tradition, in which rules and certainty are replaced by speculation and doubt, have been found in cubism, collage, surrealism, experimental film and photography, and even abstraction.

And now, through artists like Rob Miles, another generation is distancing us imaginatively from a reality that is bloated with information and barely containable by the senses, a reality seen from many different angles at once. Unsurprisingly, it has taken its lead from the screens we spend our days peering into, a source of new spatial possibilities as well as a profound distance from the world.

Such art exposes our limited grasp of reality, and transcends it. From the perspective Miles gives us, we can even see the occasional humorous, half-baked attempt to fool the eye – as if, trapped somewhere in that strange background element, two painters are vainly competing with each other. 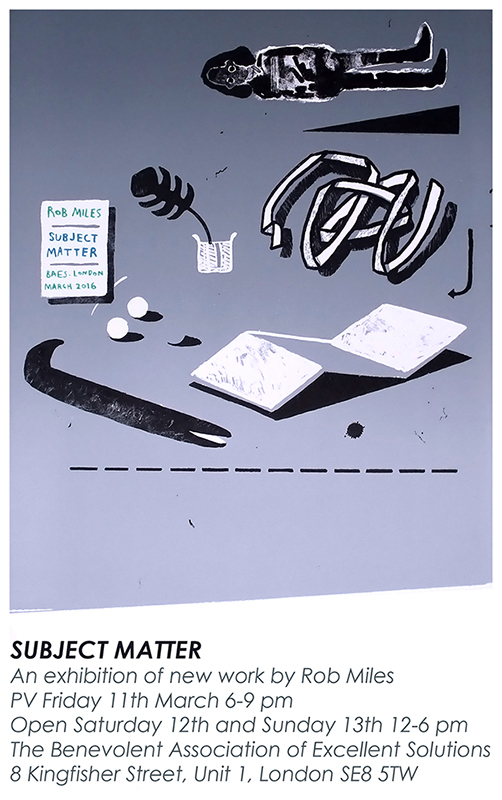